Time has come for the annual visit at François Cotat. The tasting of the latest vintage is always a tricky exercise because these are wines that will not be ready to drink before 10 years and which will enjoy their 30th birthday at the top of their art! On the other side, it is pretty easy since François manage to get great wines out of almost any vintage. Over the past 10 years, I would only consider 2004 below average (and even, some like it a lot) and 2011 to be rejudge in a couple of years. And one must always keep in mind, that I am pretty strict with my opinion!

François Cotat makes very atypical Sancerre wines. It has happened more than once that he had difficulties or even could not get the autorisation to sell under the Sancerre AOC. In fact, as far as his red wine is concerned, he never gets the agreement because they never undergo malolactic fermentation (not an issue since he does not properly sells it because of the minute quantities produced).  As I said, his wines require at least 10 years of cellaring before being ready to enjoy (exceptions are the rosé, the rare red and the Caillottes), which is pretty uncommon for the region. They are often harvested at a very high ripeness. Among the past 10 vintages, here is my list of what is ready to drink: les Caillottes (or Jeunes Vignes) from 2005 and 2006, possibly 2008 and the wines from 2003. If you go back a bit further, then 2001 and 2000 are also beautiful. As for the rest… keep in mind that “Patience is a virtue!”

However the miracle of Cotat’s wines is that the more you wait, the better it gets. They never get bad, they never go premox, they don’t even oxydise if a coulure happens… this is a solid investment! 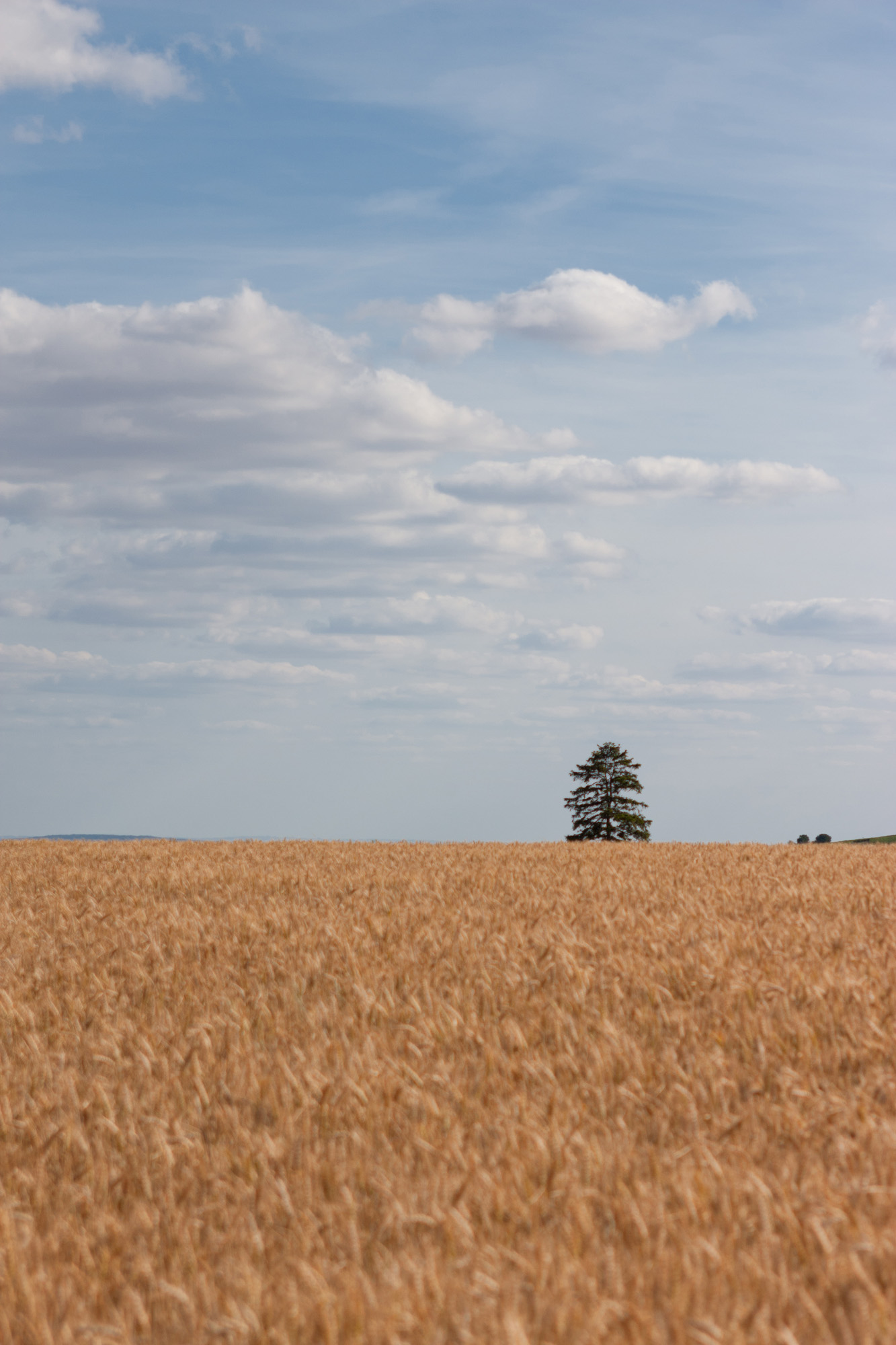 Chavignol, the other side.

So here we go. 2012 was a very difficult vintage in France, in general, even weak in many regions. The only real spared regions are the Center (Sancerre and Pouilly, where it is a fantastic year and the Rhône valley. Alsace is decent and some estates managed well, of course). At Cotat, the tasting always starts with the white, then he tries to have you taste an older vintage to get an idea of what it will be… if you do not die before the wine gets to this point ;).

Les Caillottes 2012 are a clean very pale yellow, with green reflections, like all the wines from 2012. The fruit in the nose is joyful and self evident. Not a hint of the grassiness often found in Sauvignon Blanc, which is the sign of a prefect ripeness. The wine is really smooth and pleasant, expressive and even… quite open. It is full of fruit, slightly stony. The mouth is well balanced, soft. White fruit and flowers, with a very interesting density. The vines are getting older and it is absolutely visible in the structure of this 2012. It is already a very nice bottle, which will definitely explode in 3 to 5 years. 81/100 ; 5 ++ (id est, likely 90-92/100 in 5 years… and please remember that I do not rate like Parker).

Les Monts-Damnés 2012. Unlike the other bottles, this one has just been opened. At this young age, Cotat’s wines are much easier to appreciate after a couple of days or maybe even after a week. Same bright and pale color. Visibly more closed. The aromatics is really tight. One can feel it, guess it, but it is not at all developed. Here we find a touch of varietal smell. The usual silex side of the wine is however bursting out of the glass… it is hard to describe, wet stone, silex… very clean and straight. The contrast with the previous wine is impressive. Caillottes was a great bottle, but even closed like this, the Monts Damnés is a huge step ahead. The structure is outstanding. The wine is powerful and build like a vault. The finish is stunning… this will go very far and up to the very top, I bet! Right now it is a 87/100 ; 10 ++ but I bet on a close to 100/100 in a decade.

Culs de Beaujeu 2012 has been opened much longer, thus easier to appreciate. The color is a bit more intense. In contrast, the wine much more expressive. No silex or stony touch (as usual), nor grassiness. The aromatics is more on the exotic side and the spices (pepper). The wine is much easier to approach. The taste is strong, powerful and large, the fruit is more ripe, more exotic and less citrus. The finish is long and great. Again the spiciness appears and also a hint of grass. It is truly beautiful even if the contrast is mostly due to the difference in opening time. Also, the hint of residual sugar (slightly higher than Monts-Damnées, as usual, make it even more enjoyable. 90/100 ; 10 ++

La Grande Côte 2012 is slightly more intense in color but still displays the green reflections. The nose is much more complex, more profond and more expressive. It shows already thousands of nuances, mostly premisses of them but very interesting. The mouth is sublime. The complexity is outstanding and the structure breathtaking. Apricot, mango, ananas, lemon and a hint of black currant bud. The wine is super-powerful but the finish is clean and balanced. This is possibly a perfect wine… to be confirmed in 10 or 20 years… Grande Côte is always exceptional but I have rarely seen it reach such heights. The balance is the most astonishing I have encountered in the recent vintages. Let’s be patient… 93/100 ; 10 ++ 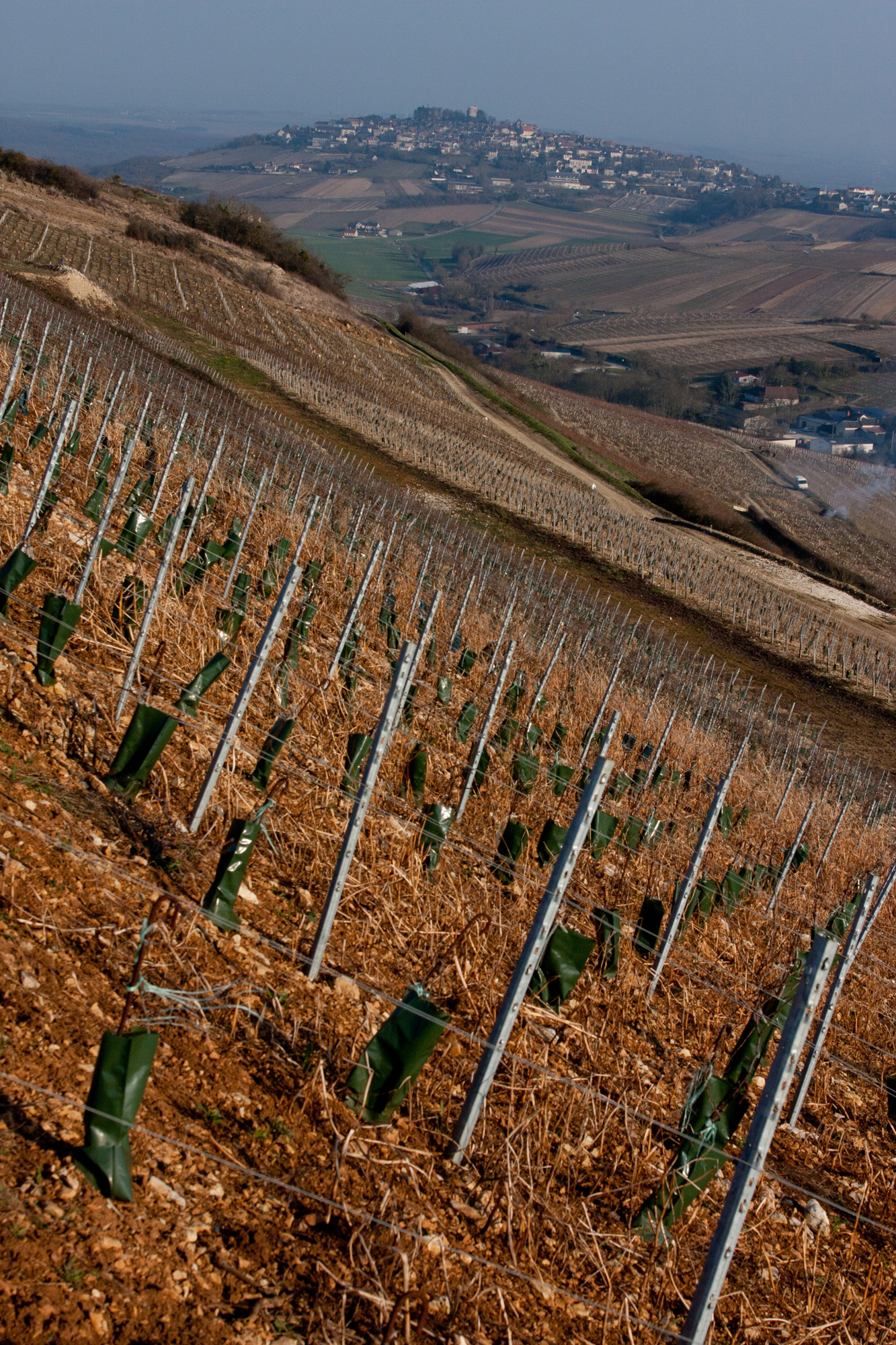 La Grande Côte 2001, is a special vintage. François explains that in 2001, he was not happy with the acidity levels. Too high, he said. Therefore he took a bet and waited. It started to rain, everybody rushed the last grapes inside. But a couple of days later sun came back and François harvested two weeks after everybody else in the village. He said it was so peaceful to harvest like this, alone in the vineyard. He considered he has been lucky because it could have just rained and rained… but the bet worked out and brought almost two weeks of extra ripening time. The acidity he did not like had collapsed and instead of a light average and harsh wine, he produced one of the best wines of the decade. Unfortunately for us, the bottle has been opened for many weeks and it has lost a lot. However, the nose still produces a very distinctive fragrance of white truffle. The exotic fruits are exploding… and the wine ends up on a very delicate honey touch. The mouth expresses a bit more the honey character and finishes on a beautiful acidity. In the mouth mostly one can notice that the wine is opened for 19 or 20 days. But it is still surprisingly good. It was most certainly a 95+/100 wine when he opened it and it can age at least a decade!

One can feel the slight frustration of François. He goes back in the cellar and comes back. Not saying what he brought back.

La Grande Côte 1995, the consolation price… is one of the price you would like to enjoy everyday ! The bottle has the opposite defect of having just been opened. It would have benefited from a day of breathing or a couple of hours of decanting. Again the white truffle is here, but it is much more delicate, much more complexe. Then comes black currant, black currant bud and a bit of red fruit. Not very exotic, contrary to 2012. The mouth is unbelievably complex. It is powerful and as light as a feather at the same time. It is art. The balance is absolutely perfect and shows how much the 2001 is only almost perfect. This time, this is it. The mouth has density and structure, the exotic fruits appears along with berries, hint of grassiness… it is unbelievably young. It is perfect. It is 100/100 ; 10 + and… yes, I think it can even get better 🙂

Having reached the perfection of Sauvignon blanc, we switch to the Pinot Noir.

Rosé 2012, usually limited, in 2012 there is almost nothing to sell. Always surprising, this rosé is completely out of the codes of rosé. In 2010 it was almost a white wine. In 2012 it is a deep wine, very much like a red one. The smell is very pleasant and present. Red berries like currant, strawberry and raspberry. Relatively complex. The mouth is also powerful and give a real impression of red wine. Almost tannic. again a very interesting red fruit. Very ripe. It is a very beautiful bottle that will improve over a couple of years. . 86/100 ; 5 +

Having reached the end, I will just add in conclusion that 2012 is one of the very best years I have tasted at the estate. The wines will absolutely become icons of the region. Be patient and you will be rewarded beyond all your expectations!